About Us > The KIDS Network 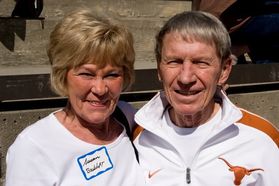 The Kansas Infant Death and SIDS (KIDS) Network, Inc. was founded in 1996 as the SIDS Network of Kansas and certified as a non-profit corporation in the State of Kansas on July 31, 1998. The Network serves the entire State of Kansas, which spans 82,000 square miles, and whose population is 2.7 million. The KIDS Network is a support organization dedicated to providing grief and bereavement support services to families that experience the sudden death of an infant. Additionally, the Network provides community awareness and professional education specific to sudden infant death.

The Kansas Infant Death and SIDS Network was co-founded by Ted c. and Susan E. Bredehoft of Wichita, Kansas after the death of  their granddaughter, Haley Elizabeth Slaymaker (December 9, 1996 - June 16, 1997). Susan and Ted had a zeal for life; they knew the sorrow of Sudden Infant Death Syndrome (SIDS) and saw the hope of a brighter future. They were committed to providing compassionate care for bereaved families and awareness to reduce infant mortality. Without their vision and energy the KIDS Network would not be what it is today.  In recognition and appreciation of their tireless efforts in pursuit of the Network’s mission, the KIDS Network Board of Directors decided to honor Susan by designating the annual KIDS Network memorial, the Susan E. Bredehoft Candle Light Memorial for the Kansas Infant Death and SIDS Network. The Network also developed the Ted C. Bredehoft Award (the Ted) to honor a Network advocate for their tenacity and distinguished service. Although they are no longer physically present, Susan and Ted's spirit of generosity and care for the community they loved so much remains.

KIDS Network Celebrating 20th Anniversary in 2018
Two decades? Sometimes it seems like yesterday that the KIDS Network was founded; sometimes it seems like a century ago. We’ll be marking this milestone and the programs and people involved as 2018 rolls along. Below is a list of many key events and developments. What it doesn’t include, though, are the names of the board members and others who helped carry out the KIDS Network’s mission of serving individuals affected by infant death and SIDS, and in instituting programs and research that will bring an end to these tragedies. We plan on recognizing their generous service, too, during 2018.

1998: Ted and Susan Bredehoft of Wichita begin the Network after the death of  their granddaughter,
Haley Elizabeth Slaymaker, in 1997.

2002 -2012: Worked collaboratively on legislation and regulation to include safe sleep training for childcare providers.

2007-2015: Served on the National Association of SIDS and Infant Mortality Programs (ASIP).

Board of Directors & Regional Directors

The KIDS Network became a reality by selecting a Board of Directors and hiring a Program Director in November 2000 to coordinate SIDS services in Kansas.  The current board membership includes bereaved parents, grandparents, child care providers, first responders, pediatrician, OB/GYN, family medicine, funeral director, and select members of the general public.
See More